There is nothing wrong with being a nice guy, you should be nice as often as you can. But, you can’t be nice all the time. There are times when being nice will get you the short end of the stick. The opposite end of the spectrum is being overbearing and not so nice. These varmints need to handled with care. With them you need to be assertive and stand your ground or you will be trampled upon.

Is being a nice guy worth it?

Being a true nice guy is worth it. But not many people are like that.

A lot of ‘nice’ guys aren’t really nice. They are only nice to hot girls, because they want to get laid. Most of them aren’t nice to older ladies or waiters. Some are even plain evil.

This is just one of many reasons girls don’t want to date nice guys. They know all of this already. They know that you most likely are just being nice because you want to bang them. Not actually because you are a nice person.

On top of all this, they have already heard all of the compliments that ‘nice’ guys give. They simply do not care anymore. After being called beautiful and hot constantly for 10+ years, it starts to lose its value.

If this is the only thing you are bringing to the table, then being a ‘nice’ guy isn’t worth it. Think about it. Would you want to date or have sex with someone just because they said you were hot, or carried your groceries? No, you wouldn’t. You need to be more than that. Being funny, confident, flirtatious and truly nice will matter much more.

Just like with any other trait, being a ‘nice’ guy alone isn’t enough. Even if you are genuinely being nice. With so many other options on the market, you just have to bring more.

Know the signs of being a “Nice Guy”

What I suggest you?

You sound like someone who is tired of being used by people. I can understand your plight when you say you wanna turn bad. Let me give you few tips how to be bad to people.

These things will surely make u happy but people around u will suffer. So think twice before doing this. Also there is nothing wrong being a nice guy but one should learn when to be nice and when to walk away. Kindly note above points just for knowledge and implement at your own risk. 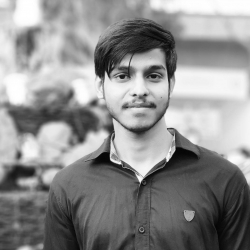 Find me on
Imran Khalid
I live in New Delhi, India. Studied Computer Engineering at Jamia Millia Islamia University.
Stubborn in nature, like to work silently and nobody can guess my next move..!!

Find me on
Latest posts by Imran Khalid (see all)